At the beginning was painting, the alpha and the omega of Miklos’ creation, was the guiding thread of his oeuvre. Immediately after his arrival in,1909, in Paris, where he was welcomed by Joseph Csaky, Gustave Miklos was introduced in the artistic milieu and exhibited regularly.

After becoming an accomplished and recognized cubist painter, he was selected, in 1913, to represent the Parisian avant-garde in the United States. He interrupted abruptly his personal work as a painter after the First World War, drawing and painting during the twenty years for F.-L. Schmied. After the end of this episode, he would never quit painting again, taking up his brushes and signing his paintings himself. 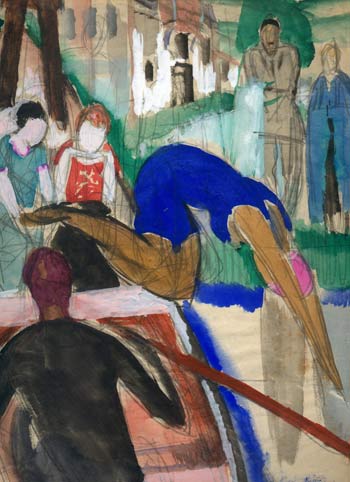