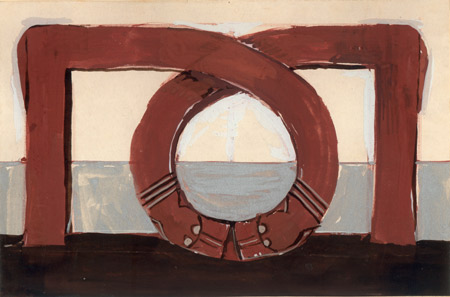 Miklos succumbed also to the temptation of giving his creative touch to decorative art. He did so as soon 1921, at the request of Jacques Doucet. He conceived then a large quantity of projects for furniture, lamps, interior decorations, laques, enameled objects, stained-glass windows, jewelry, carpets, etc.

Marked by its profusion as well as by its homogenity, his œuvre shows Miklos as an artist of undeniable modernity.

During the last years of his life in Oyonnax which was then the capital of plastic materials, Miklos put his science of the effect to the service of the latter. 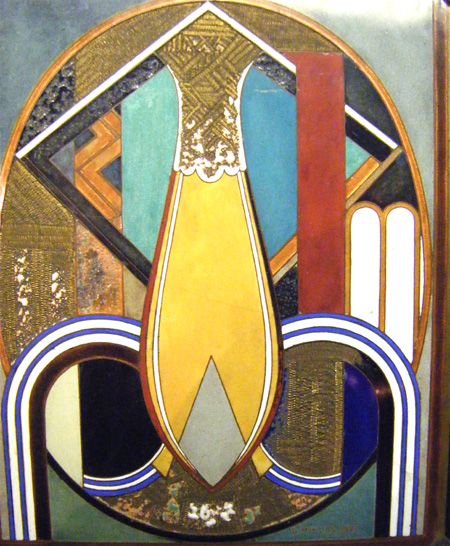 Unclassifiable and disinterested, his œuvre was unjustly forgotten by art history, if we consider the important contribution that we owe to him.

The prolificacy and the modesty of the artist gave way to his exploitation by others – under their signature – who were not in a hurry to celebrate their generous supplier.

As to the moneymakers of the temple, they accommodate themselves to frauds, keeping up obscurity and ignorance.

To bring our tiresome project – the first complete monograph of the artist – to a successful conclusion, we had to go past this silence and these lies, as well as some pressure and intimidation. 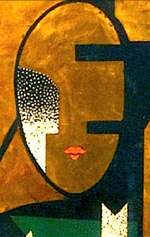